Global action in solidarity with Iranian women & girls who are courageously demonstrating peacefully for their fundamental human rights. 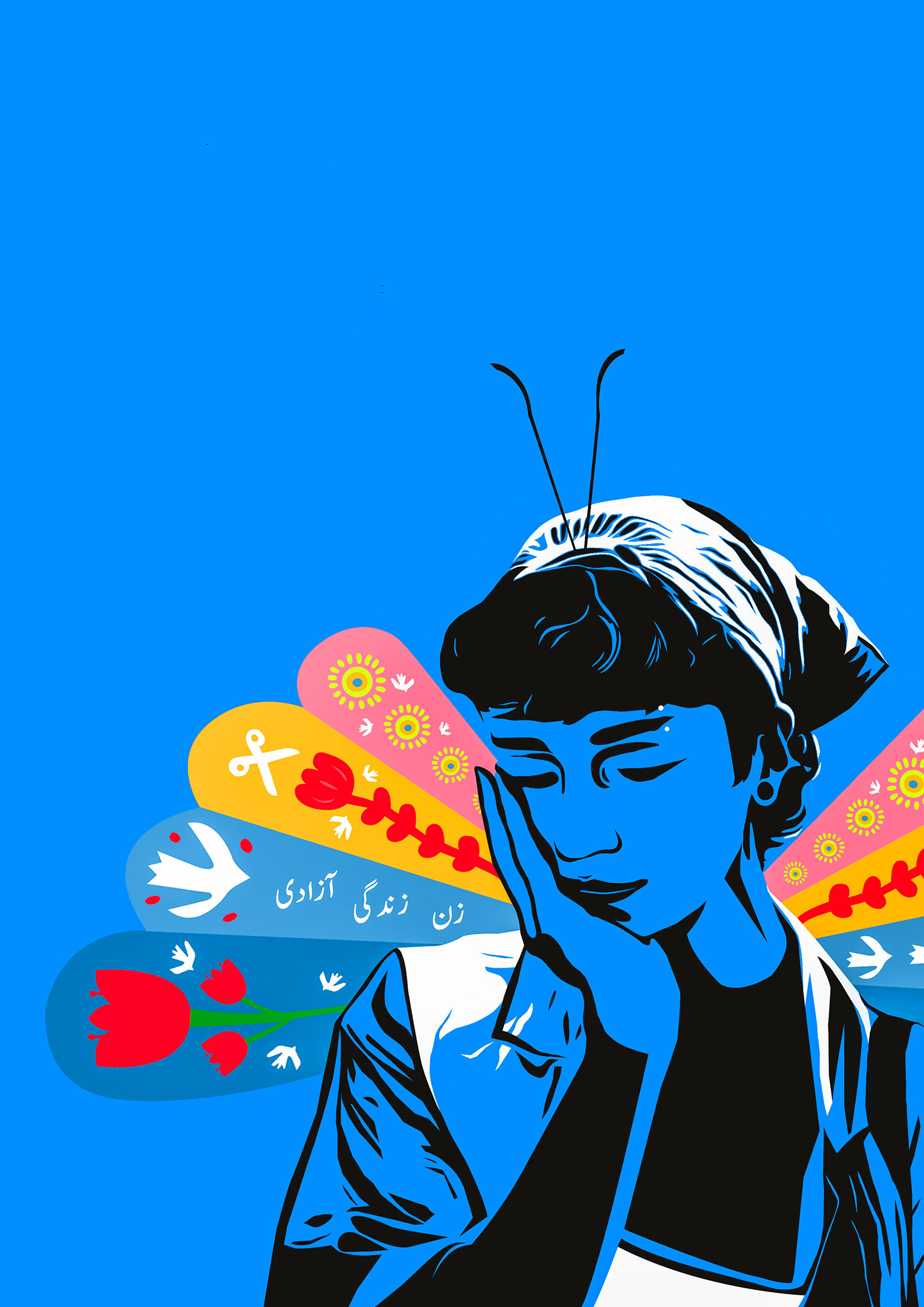 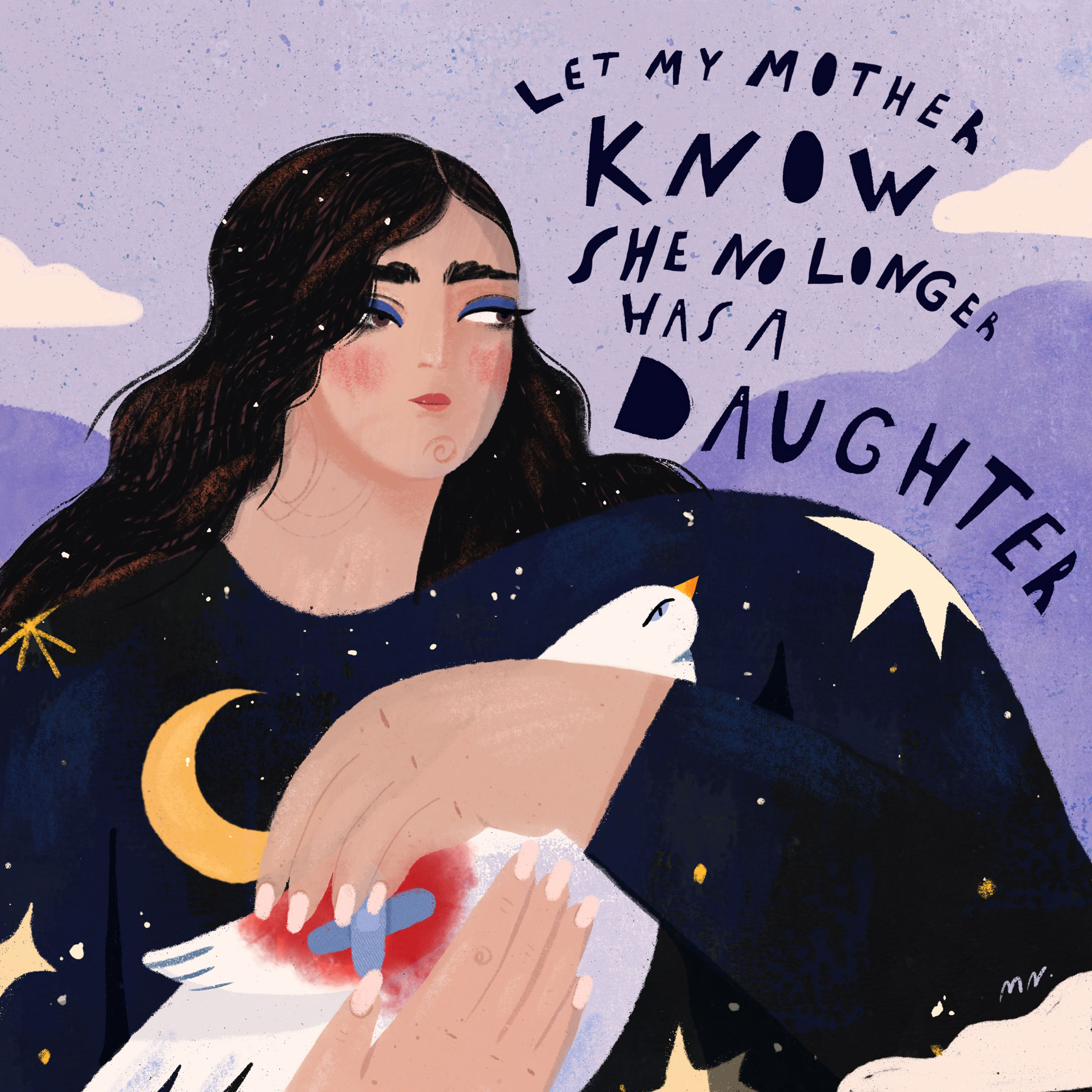 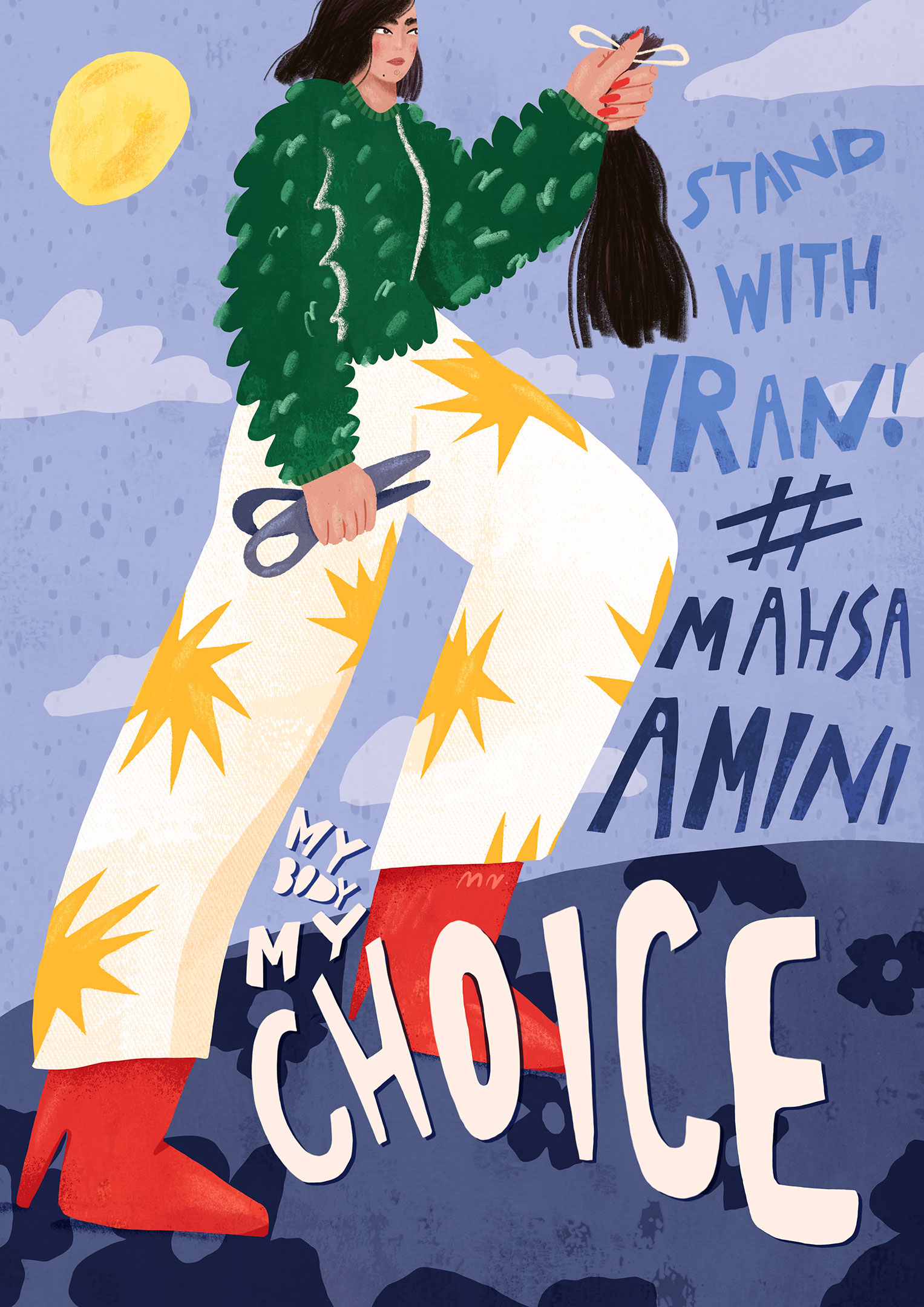 “Stand With Iran” by Mahdis Nikou 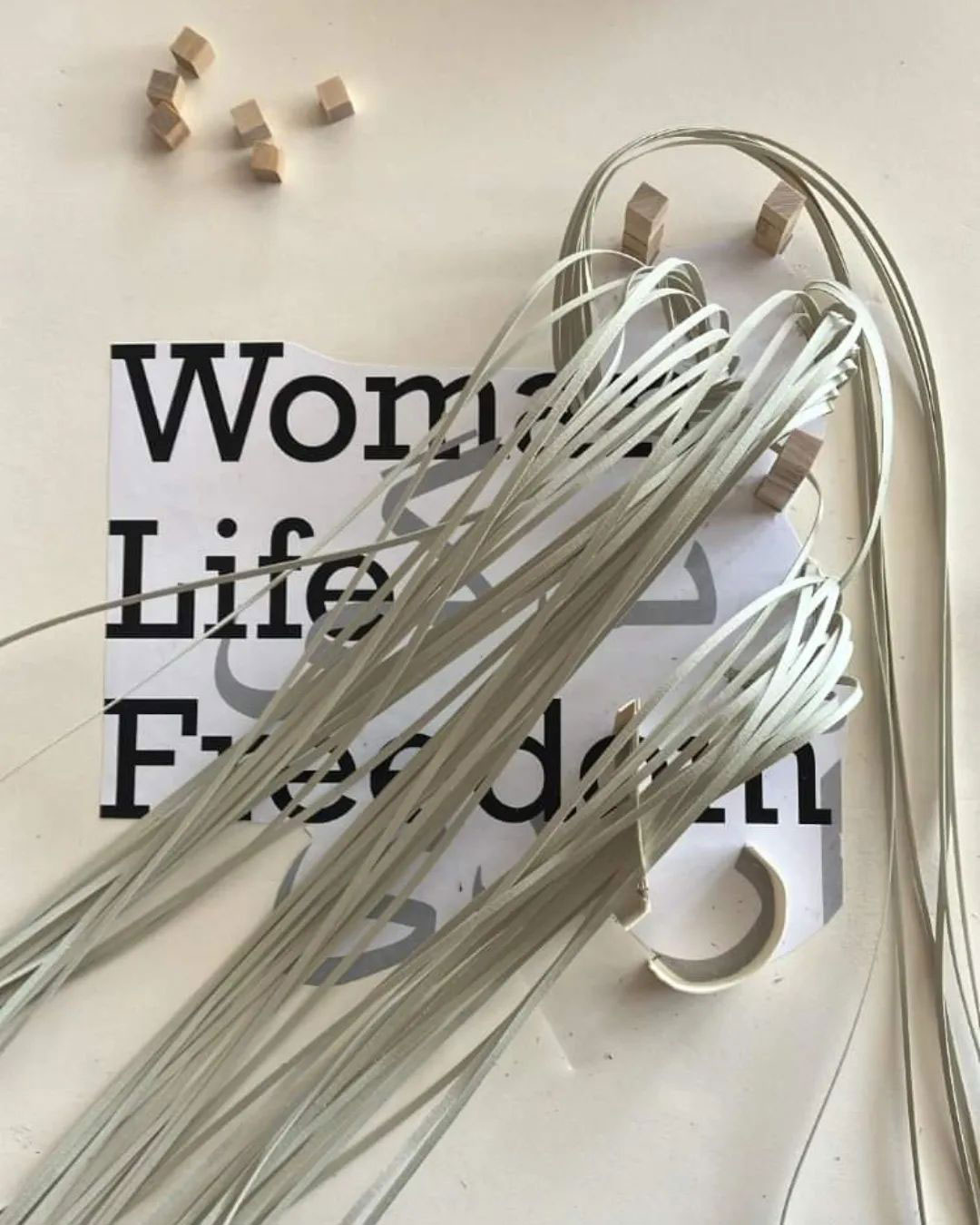 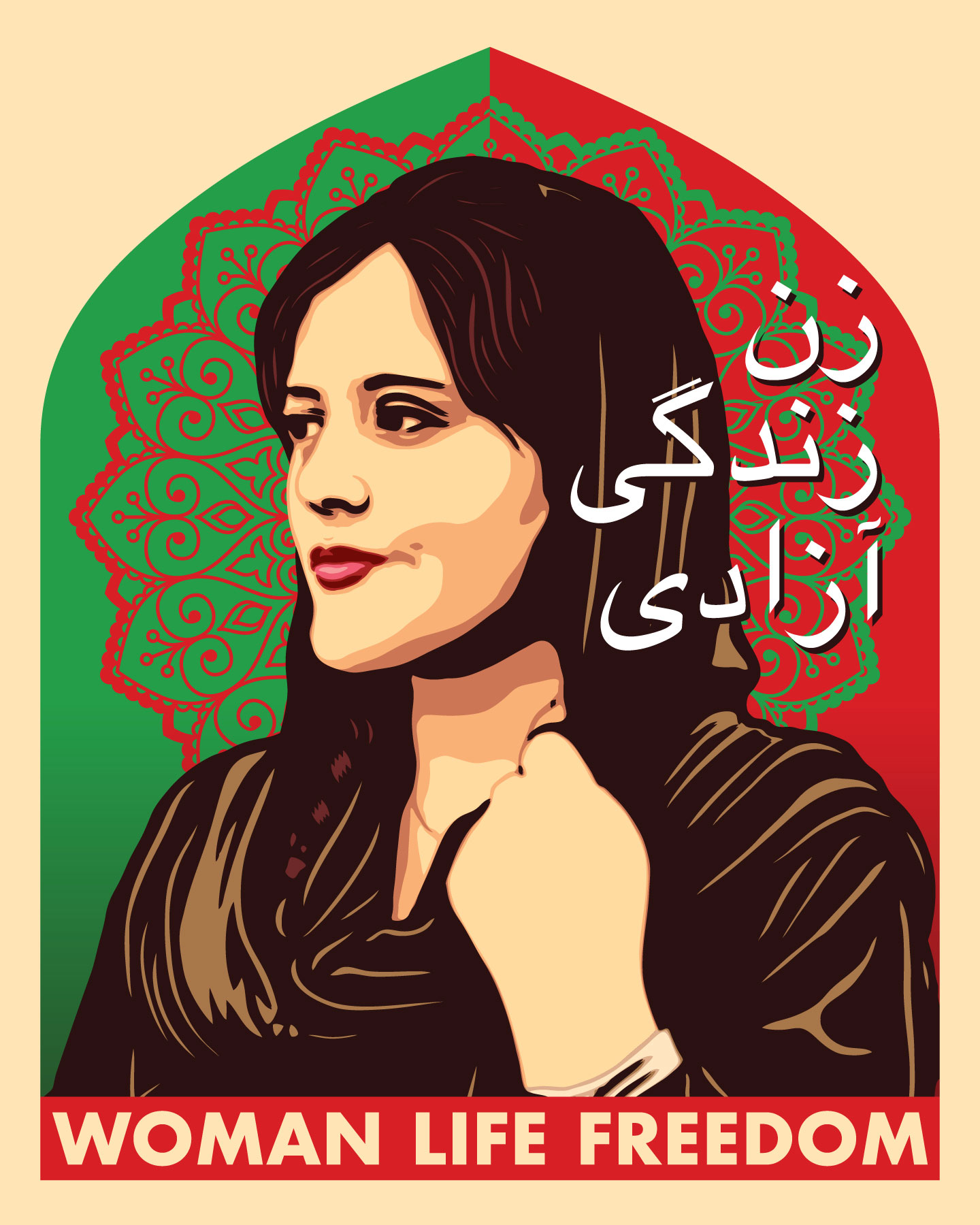 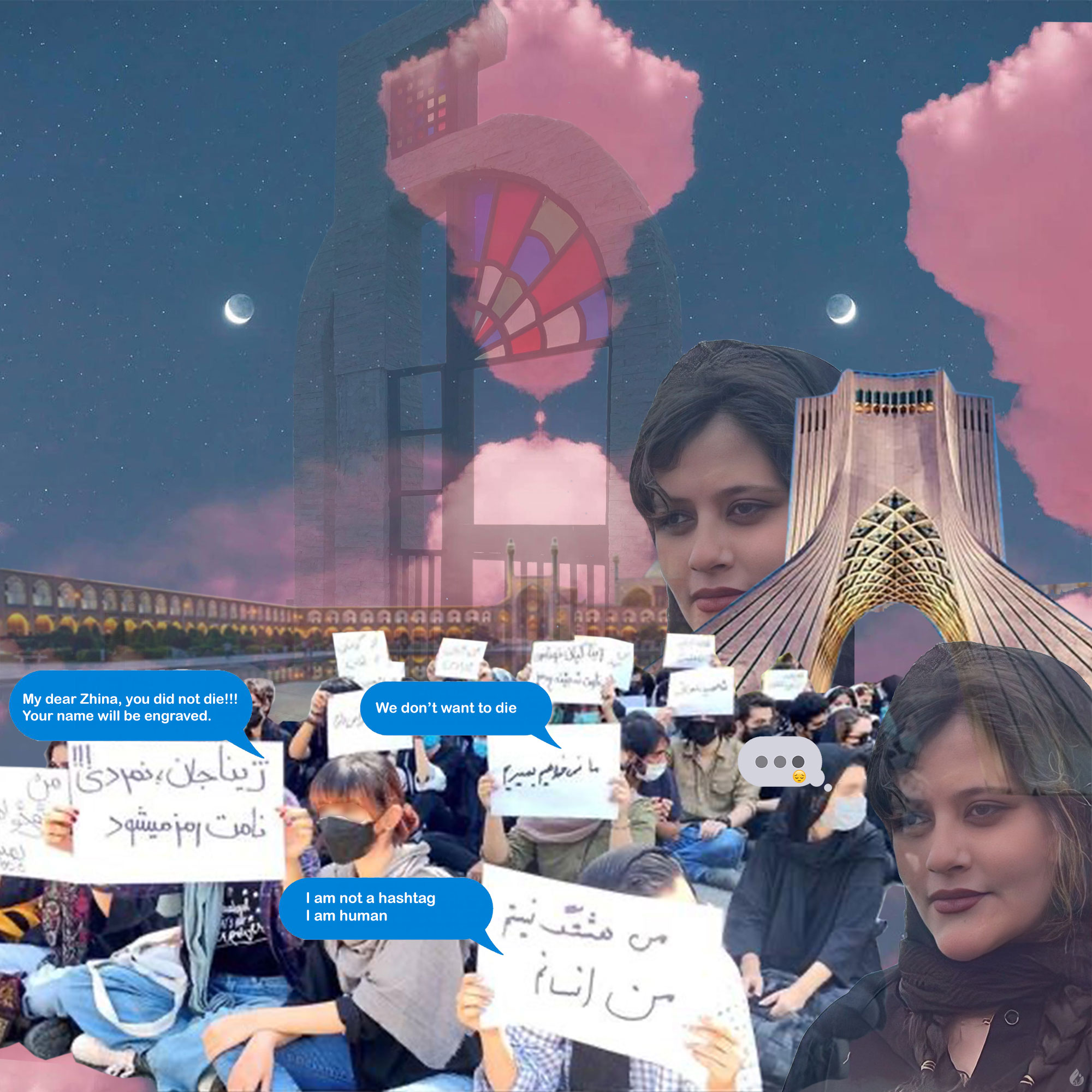 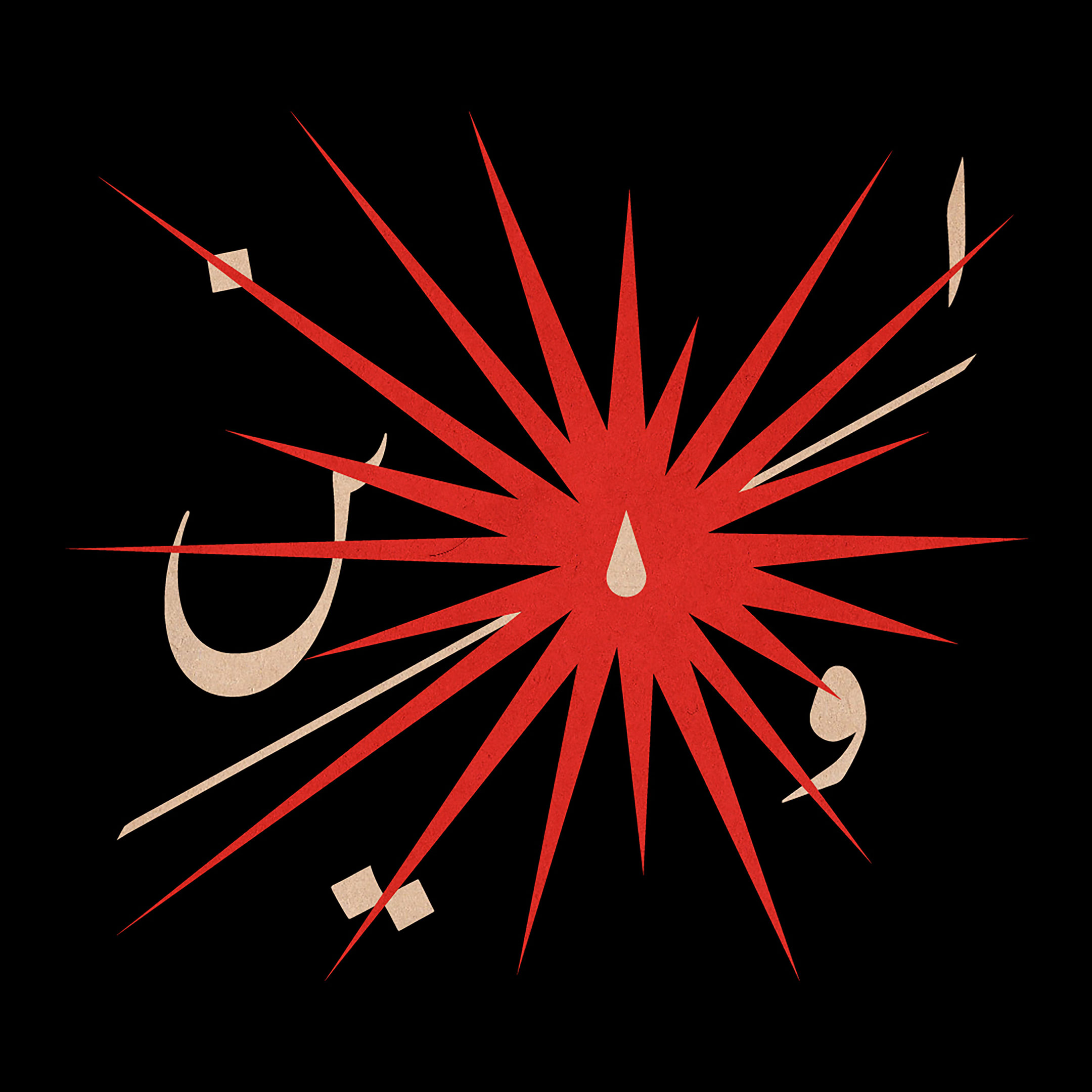 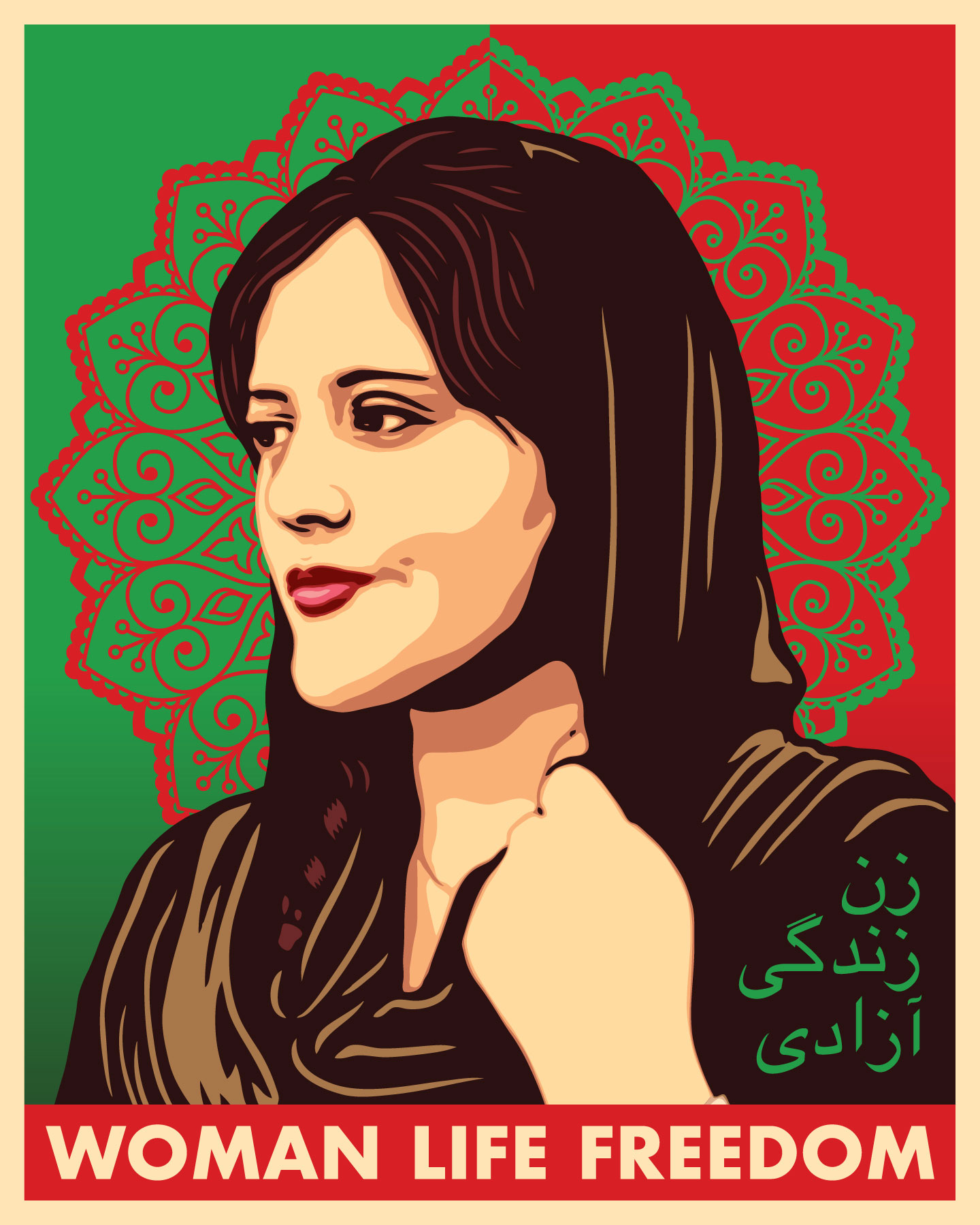 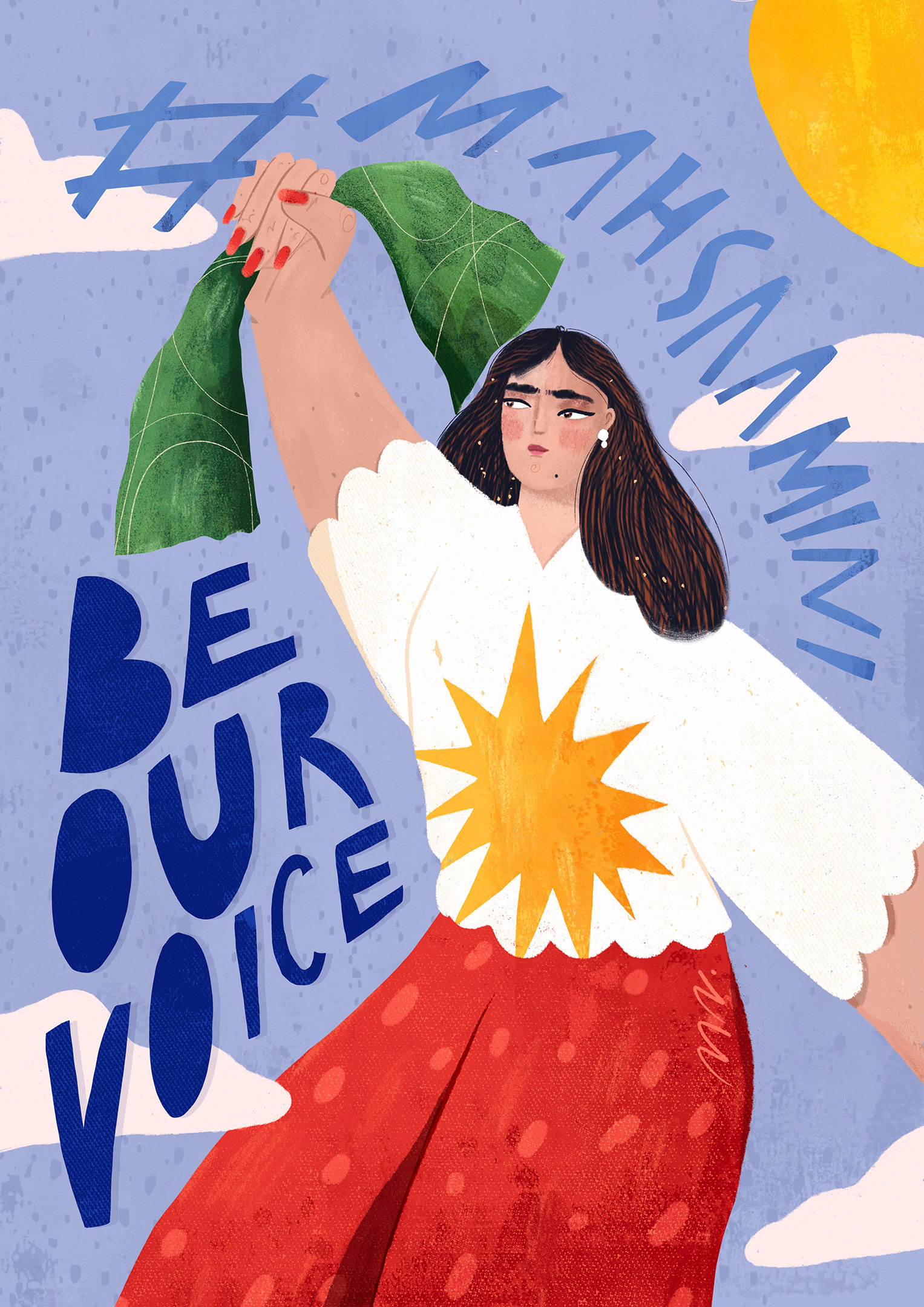 “Be Our Voice” by Mahdis Nikou 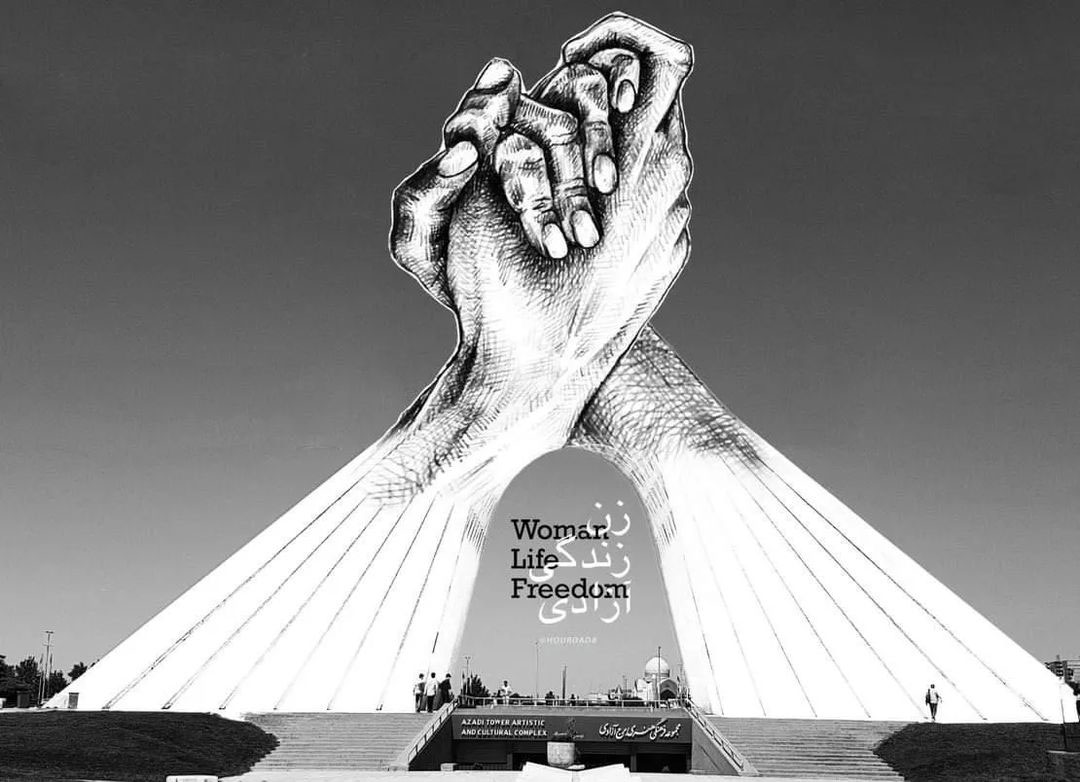 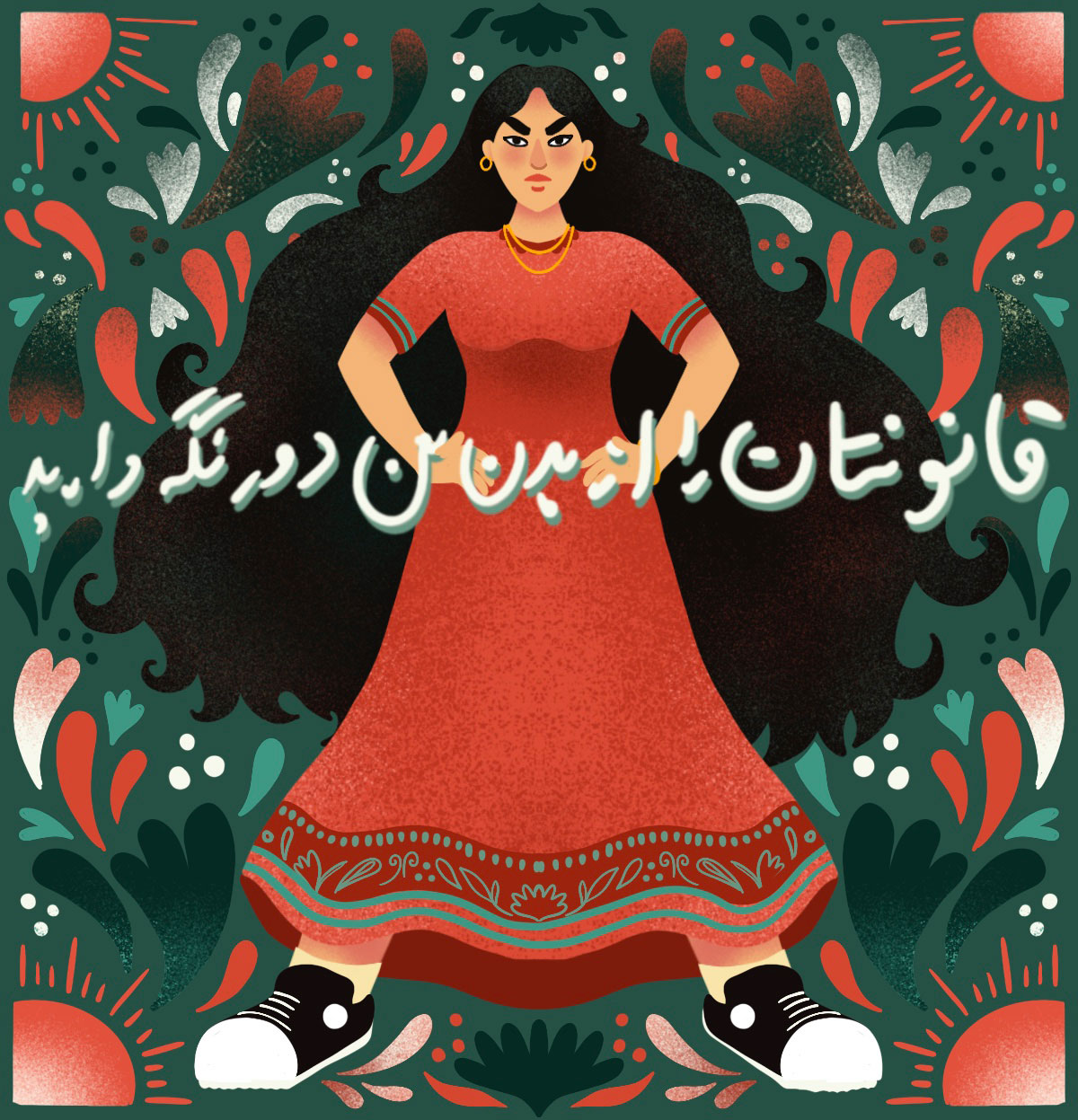 “Keep Your Laws Away From My Body” by Emily Elise 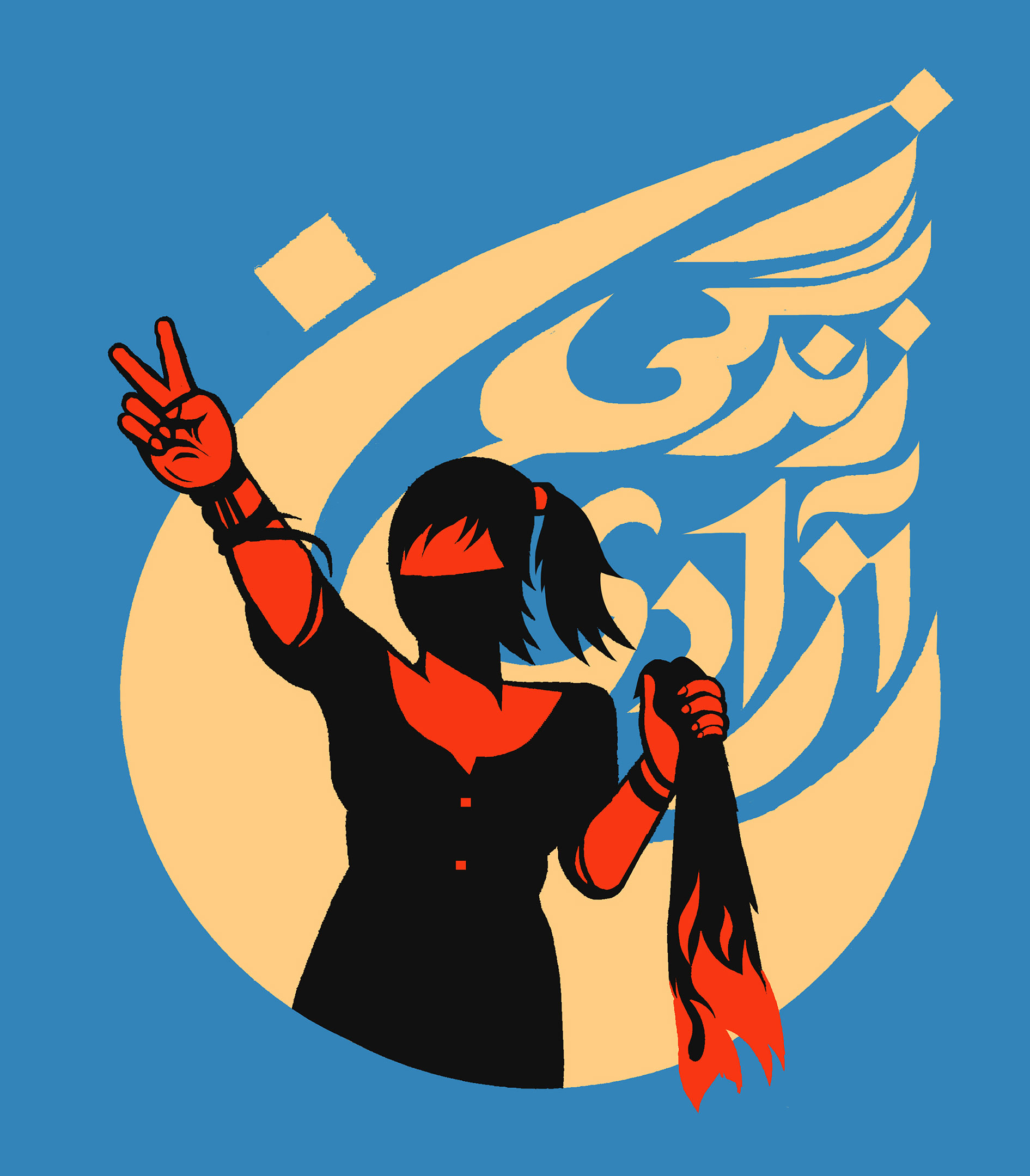 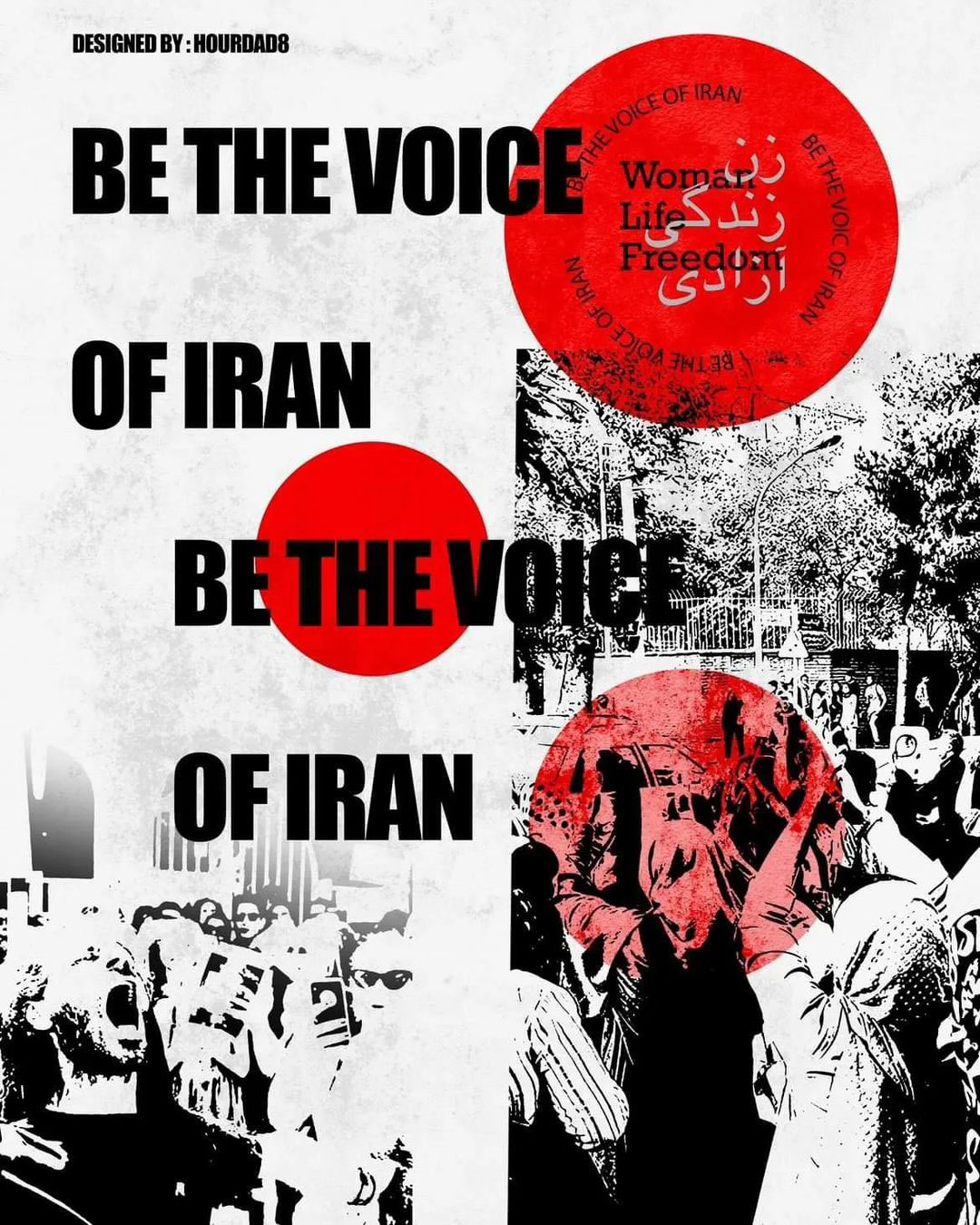 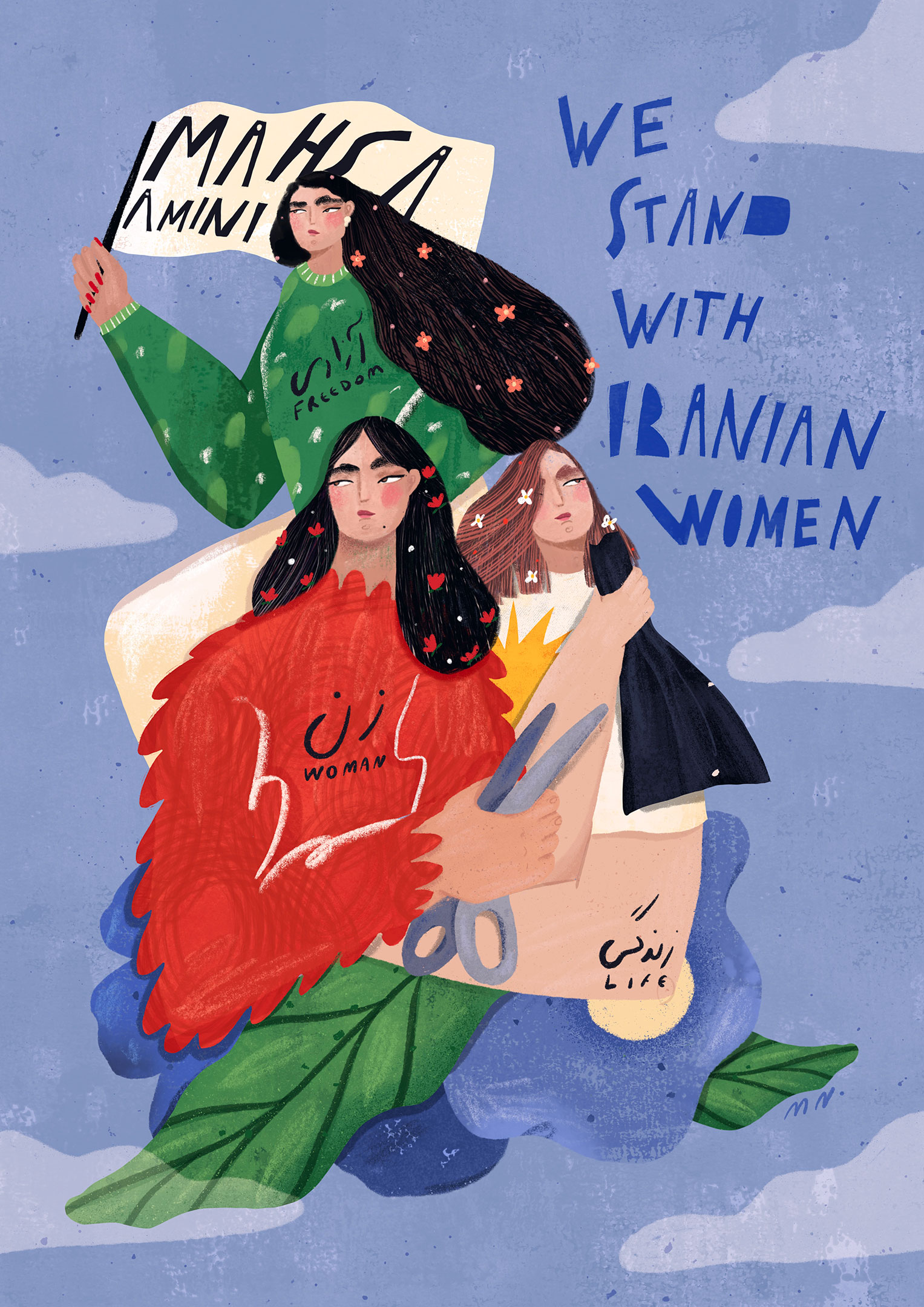 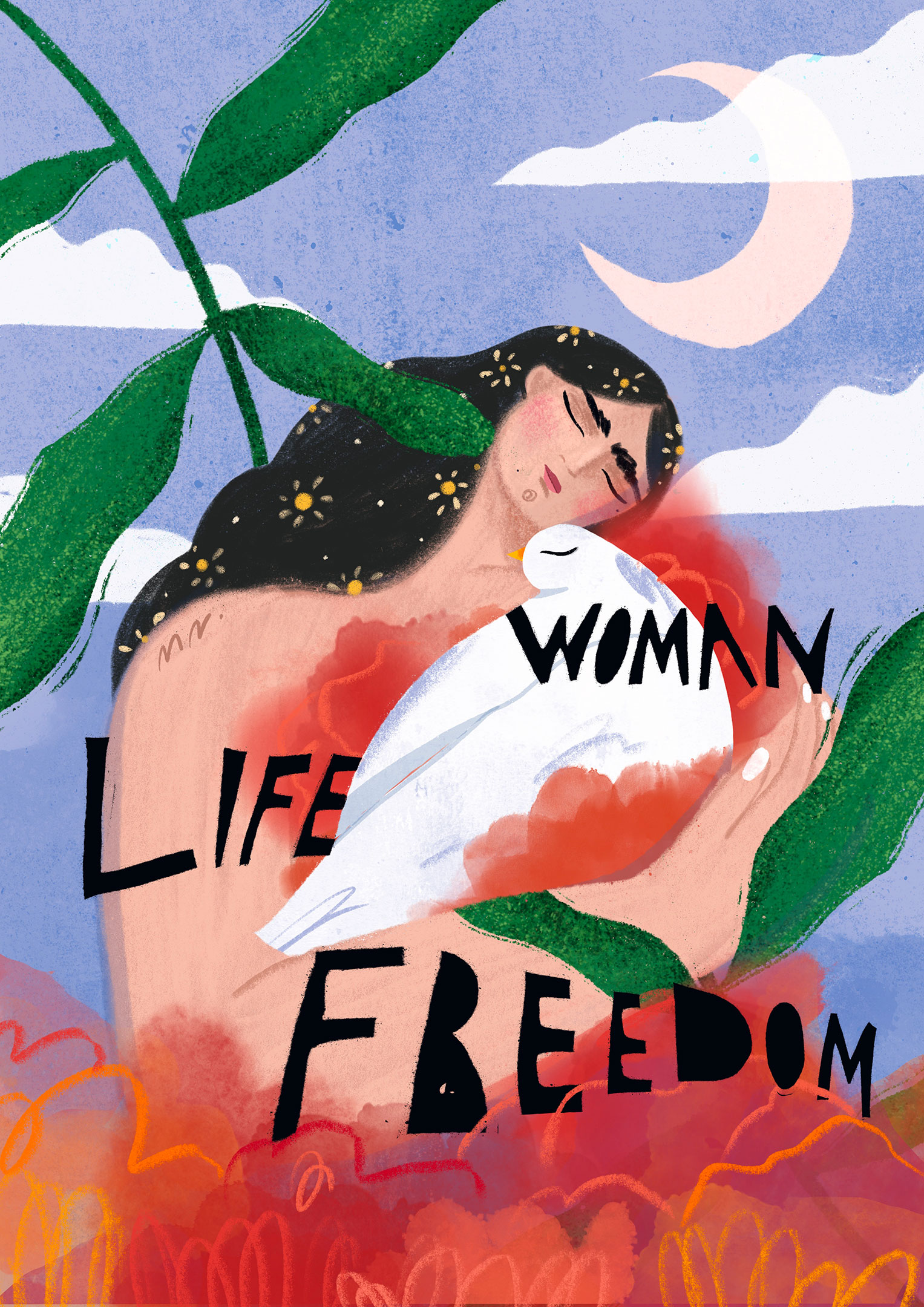 For decades, gender inequality and discrimination against women have been legally enshrined in Iran.

Under Iran's Islamic Penal Code, Iranian women's rights are severely restricted, a form of gender apartheid. Women must comply with the Islamic Republic’s mandatory hijab laws from the onset of puberty, and they are unequal in matters of marriage, divorce, custody, inheritance and more. In the Fall of 2022, hundreds of protesters, including dozens of children, have been killed by Iranian authorities. These nation‑wide protests were triggered by the tragic death of 22 year old Mahsa Jina Amini who died in police custody after being arrested by Iran’s “morality police” for failing to properly cover her hair.

On December 14th, Member states voted YES and made history.

In solidarity with Iranian women and girls who are courageously demonstrating for their fundamental human rights, we condemn the brutal violence of security forces against peaceful protesters and echo Iranian women leaders’ call for United Nations Member States to immediately remove the Islamic Republic of Iran (IRI) from the Commission on the Status of Women (CSW).

A rising toll of protesters, including children, have been killed by Iranian authorities since nation‑wide protests triggered by the tragic death of 22 year old Mahsa Jina Amini who was arrested and detained by Iran's ”morality police” for failing to properly cover her hair and later died in police custody.

Earlier this year, to the dismay of women’s rights advocates around the world, Iran began a four‑year term on the UN’s 45‑member Commission on the Status of Women. This preeminent global body is exclusively dedicated to promoting gender equality and women’s empowerment.

The Islamic Republic of Iran’s long‑standing, systematic oppression of women should have disqualified them from election to the CSW. For decades, gender inequality and discrimination against women have been legally enshrined in Iran. Under Iran's Penal Code and other laws and regulations, Iranian women's rights are severely restricted in marriage, divorce, inheritance and custody. They must comply with the IRI's mandatory hijab laws from the onset of puberty.

Because of the Islamic Republic's appalling record on women’s rights, and in light of the regime’s ongoing, brutal crackdown on protesters, we insist that Iran’s membership to the CSW be revoked. For every day that Iran remains a member of the Commission on the Status of Women, the body loses credibility.

Member States who sit on the CSW have a duty to uphold its mandate and defend the very values they claim to support. We urge these members to come together in an act of solidarity with Iranian women and girls and heed their call to immediately remove Iran from the CSW.

Women‑led protests across Iran have been met with extreme violence. And yet, Iranian women and girls, and their allies, bravely persist. We support their struggle for fundamental freedoms and call for an immediate end to state violence and the safe release of thousands of detained citizens.

This is a critical moment for leaders in the international community to vocally and unequivocally demonstrate their support for women’s rights by standing in solidarity with Iranian women and girls.

Signed in Solidarity by

Show your support by spreading the word on your social networks. Use #IRIoffCSW 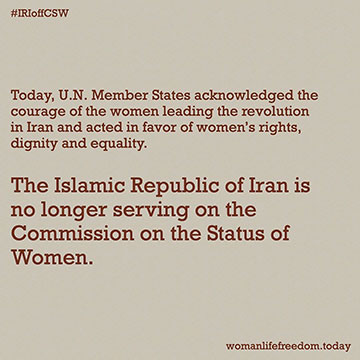 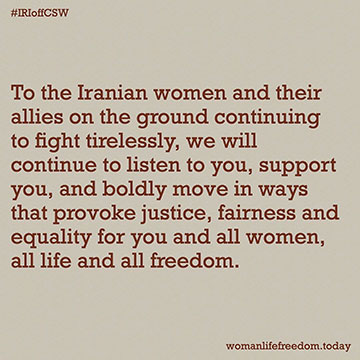 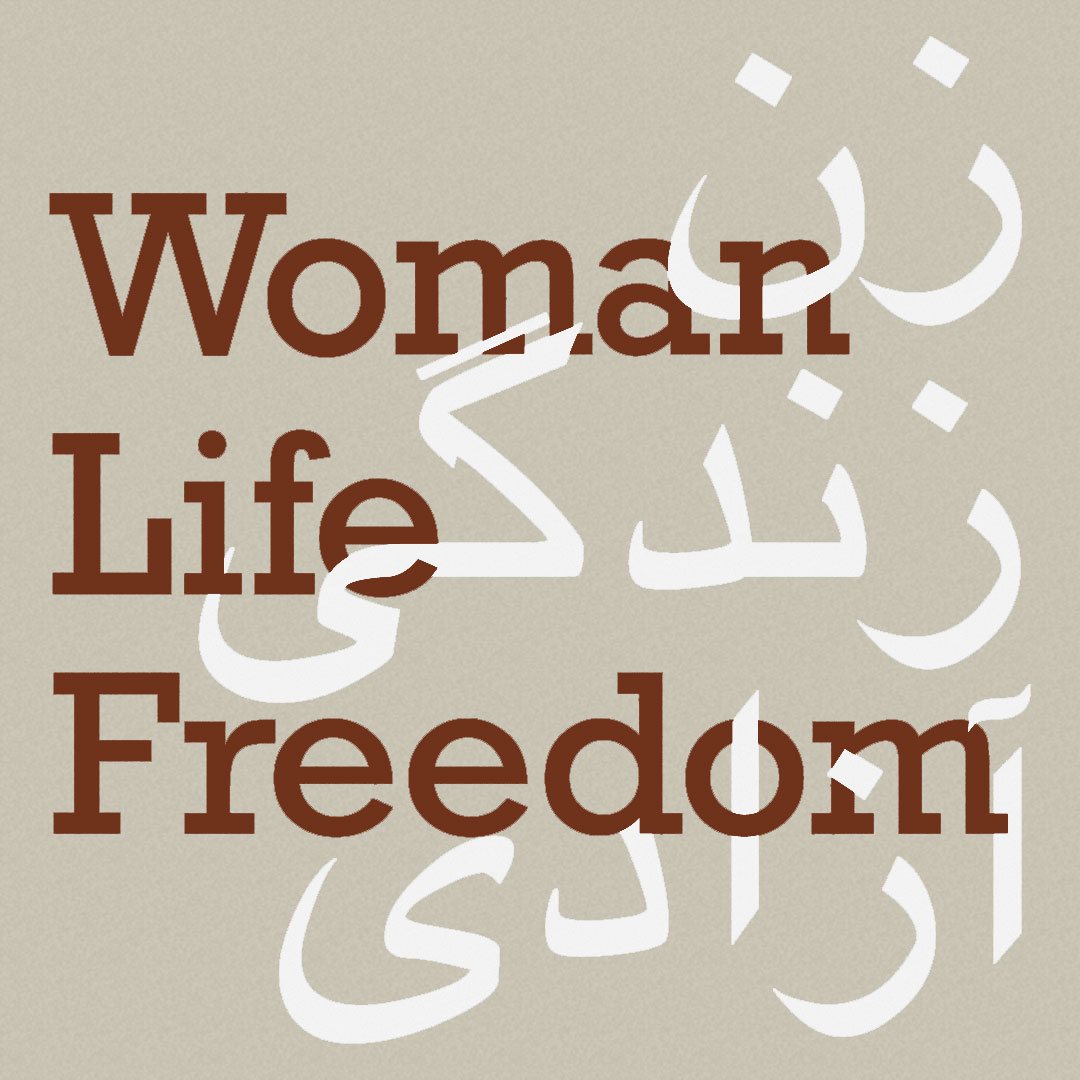 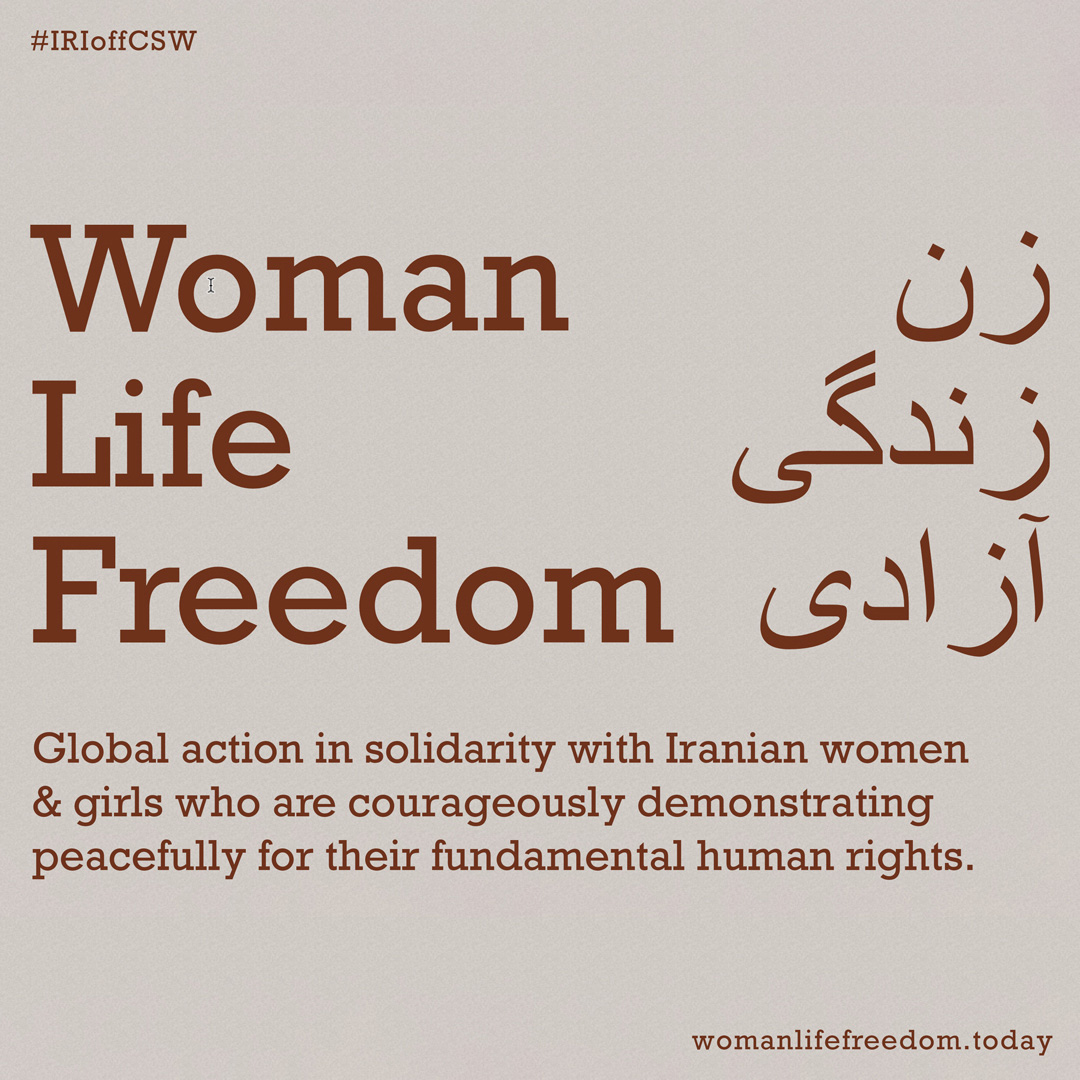 Vital Voices, For Freedoms and a global coalition of Iranian women leaders: political experts, activists, scholars, lawyers and artists, some of whom need to maintain anonymity for safety reasons.

The Islamic Republic of Iran (IRI) was shamefully elected to the UN Commission on the Status of Women–the UN’s top women’s rights body–for a four‑year term that began in March 2022. The vote was cast by secret ballot, and the IRI won 43 votes at the UN’s 54‑nation Economic and Social Council (ECOSOC). The IRI’s position on the CSW allows it to be one of 45 commission members that—according to the UN—will play a key role in “promoting women’s rights, documenting the reality of women’s lives throughout the world and shaping global standards on gender equality and the empowerment of women.” Given that Iran ranks 143 among 146 countries in the global gender gap index, the election of the IRI to a leadership role on this key UN body should never have happened and is a move in need of an urgent correction.

Civil society organizations, aligned governments and the broader public need to mobilize to remove the IRI from the CSW. Ideally, this will be pursued through a resolution passed by the United Nations Economic and Social Council (also known as ECOSOC, the CSW’s electing body) or the UN General Assembly.

Such a move is unprecedented–but there is a first time for everything. Unlike the UN Human Rights Council, which has an express provision in its founding document for the suspension of a member by the UN General Assembly, the CSW does not have a similar provision in its own founding document. Also, there is no similar precedent in any of the 8 functional commissions of the ECOSOC, including the CSW. However, there are precedents for suspension of member states on the UN Human Rights Council, such as the action taken with Libya in 2011, and with Russia in 2022.

Yes, this is a call to action from global leaders, from all political backgrounds, who share the belief that women and girls should have equal rights, dignity and self determination over their bodies.

The revolution unfolding in Iran has been created and led by women and girls across the country. It is a response to the decades of oppression, gender apartheid and inequity. The change in Iran will happen from the inside. However, the world is watching and we need to unify to galvanize action on this unfolding momentous possibility with the global platforms available.

Your email will be held by the organizers of this campaign (by 501c3 Vital Voices) to communicate the outcome of our collective support. We will never share your information, and will not contact you unless you have indicated you would like to be engaged further.

This global campaign is focused on external pressure to remove the Islamic Republic on the specific governing body: the Commission for the Status of Women. However, we stand in total solidarity for the liberation of all Iranians demanding their freedom.